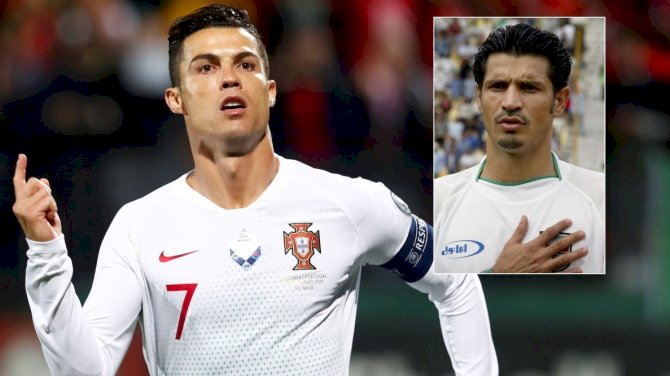 Daei struck 109 times in 149 appearances for the Iranian national team but Ronaldo has closed in on matching and breaking the former Bayern Munich striker’s record by notching his 102nd international goal in Portugal’s 7-0 friendly win over Andorra last week.

With Ronaldo now just seven goals behind Daei, the former Hertha Berlin forward knows it is only a matter of time before the five-time Ballon d’or winner takes over his long-standing record.

Daei maintains it will be an honour to see Ronaldo surpass him.

The 51-year-old told Record: “I sincerely hope that Cristiano Ronaldo will reach my goal record for the national team.

“In no way [would I be hurt], it would be a real honour for me if a player of his class could do it.

“Cristiano Ronaldo is one of the best players not only of his time, but of all time. He is an absolute phenomenon.

“I would congratulate him directly. But first he has to get there.

“Cristiano Ronaldo already has 102 goals for Portugal and will beat my record, I'm sure of that, but he still has seven goals to go.”

Ronaldo will have the chance to draw closer to Daei when Portugal face Croatia in the UEFA Nations League later on Tuesday.

Solskjaer Expects To Sign In Summer, Coy On Bale Links