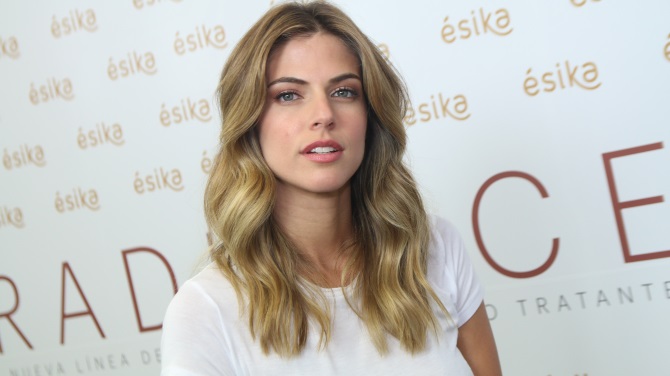 When Peru take on Chile in the second semi-final of the ongoing Copa America later on Wednesday, they will have an extra motivation to progress after popular Peruvian soap actress, Stephanie Cayo, promised to kiss the player who seals the win against their opponents.

The 31-year-old entertainer, who is very famous in South America, took to her twitter page to make the announcement before Wednesday’s clash at the Arena do Gremio in Porto Alegre.

"We want to give a kiss to the Peru national team. I’m seriously thinking about offering a kiss (obviously with permission) to whoever is responsible for beating Chile on Wednesday," Cayo posted.

Shortly after her pronouncement, Cayo, who has over 800,000 followers on the social media platform, had garnered more than 8000 likes and 7000 comments.

Peru are two time winners of the Copa America but they have not made the final since 1975, which was the last time they hoisted South America’s continental trophy.

Despite suffering a 5-0 drubbing at the hands of hosts Brazil in the group stages, Peru qualified for the knockout rounds as one of the best third-placed teams.

Peru then upstaged 15-time record winners of the Copa America, Uruguay, in the quarterfinals on penalties after a 0-0 draw to set up a date with Chile in the semi-finals.

Peru’s quest of reaching the final has even been made harder by the fact that Chile have won the last two editions of the Copa America.

The winner of the tie will meet Brazil, who beat Argentina 2-0 in the first semi-final, at the Maracana Stadium on Sunday.