Beckham Reveals Ferguson Made Him Shave His Mohawk Off 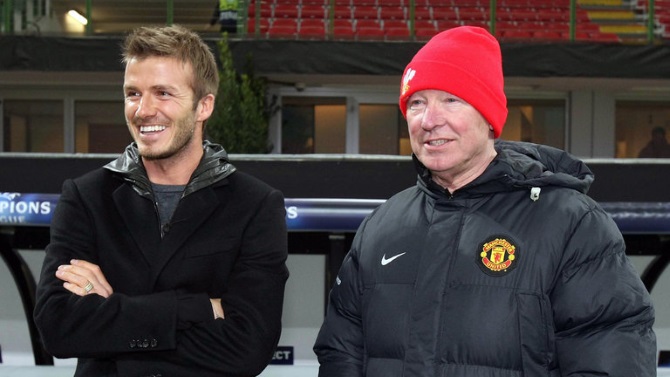 Former Manchester United midfielder, David Beckham, has disclosed that he shaved off his mohawk due to Alex Ferguson’s influence.

Beckham, being scared hid his mohawk under a beanie hat, but was later ordered to shave it off by Fergusson in the build-up to the Charity Shield against Chelsea in 2000, a game Chelsea won 2-0 with goals from Jimmy Floyd Hasselbaink and Mario Melchiot.

'I walked in the changing room and he hadn't seen it because I was too scared to even show him, he reveals when reliving the 20th anniversary of United's Treble season to Otro.

'I'd gone into training the day before with a beanie on, trained in a beanie, gone back, walked in the hotel, had a beanie on, had dinner, beanie on, breakfast beanie on, bus on way to stadium - beanie.

'Then as I got ready for the game I took it off, he said "go and shave it off.

'I giggled and he was like "no, I'm serious. Go and shave it off". So I had to find a pair of clippers and I shaved it off in Wembley Stadium. Manager always rules."

But the former Real Madrid player believes his confrontation with Ferguson would not play the same way in the modern game, where expensive haircuts and tattoos have become ordinary.

'When we were growing up the manager wouldn't let us even step on a pitch wearing a pair of red boots or a pair of white boots.

'Simple as that. Things like that have definitely changed."

The 44-year-old finally got to unveil his mohawk haircut at the end of the season when on England duty.

Beckham's relationship with Ferguson wasn't constantly cordial, with the pair conflicting on on-and-off-the-pitch related issues time to time as Ferguson famously kicked a boot to hit Beckham in the face and cut his eye before the latter left Manchester United for Real Madrid.

Coutinho Owns Up To Barcelona Struggles