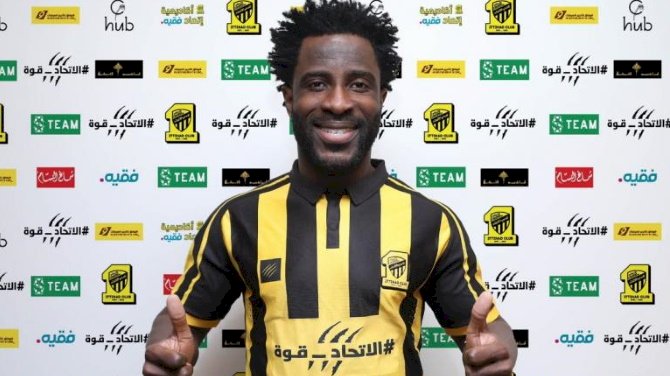 Bony, who was unattached after leaving Swansea City at the end of last season, has not played competitive football since featuring for Ivory Coast at the 2019 African Cup of Nations in Egypt.

The 31-year-old trained with Newport County and French Ligue 2 side Le Havre recently in the hope of getting a new club.

Bony has previously played for Sparta Prague in the Czech Republic and Vitesse in the Dutch Eredevisie, where he won the league’s golden boot with 31 goals in 30 games in the 2012/2013 season.

That hot form led to a transfer to Swansea City, where he impressed once again with 25 goals in 54 league games before Manchester City snapped him up for £28m in January 2015.

However, Bony’s stint at the Etihad Stadium was a disappointment and neither a loan spell at Stoke City nor a second stint back at Swansea could help him recapture his old form.

Al-Ittihad are 12th in the Saudi Professional League, five points above the relegation zone and are without a win in their last seven games in all competitions.

They are managed by former Barcelona assistant manager Henk ten Cate, who was Frank Rijkaard’s right-hand man when the Camp Nou outfit won the UEFA Champions League in 2006.

Bony has won 56 caps for the Ivorian national team, scoring 16 goals, and was part of the side that won the 2015 Africa Cup of Nations.