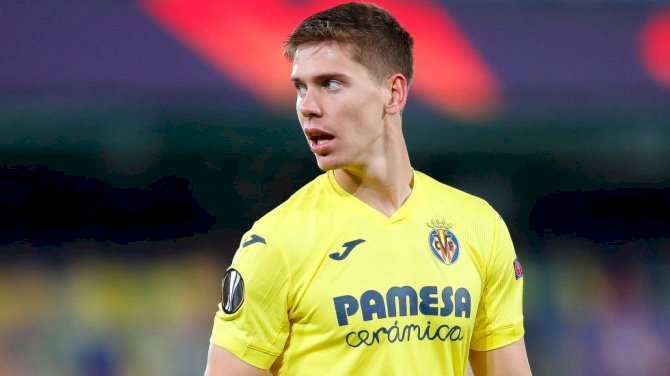 Foyth joined Villarreal on a season-long loan deal with an option to buy at the start of the 2020/2021 season.

The 23-year-old Argentina international made 32 appearances across all competitions for Unai Emery’s men as they finished seventh in La Liga but will play Champions League football next season after beating Manchester United to win the Europa League.

In a statement on Friday, Spurs said: “We can confirm that Villarreal has exercised the option to sign Juan Foyth on a permanent basis.

“The Argentina defender joined us in August, 2017 from Estudiantes and went on to make 32 appearances, scoring once.

“Juan moved on loan to Villarreal in September, 2020 and made 32 appearances in total for the La Liga side last season, including their Europa League final win against Manchester United.

“We wish Juan all the best for the future.”

Villarreal also confirmed the transfer with an official statement that reads:"Villarreal CF have taken up the purchase option on Juan Foyth, who played for the Yellows on loan during the 2020-21 season."

"The Argentine player will be a ‘groguet’ for the next five campaigns (until June 2026)."

Foyth is currently with the Argentina national team preparing for the 2021 Copa America tournament. He has won 13 caps for his country.