Silvio Berlusconi believes he can return AC Milan to their glory days if the sleeping Italian giants are handed over to him. 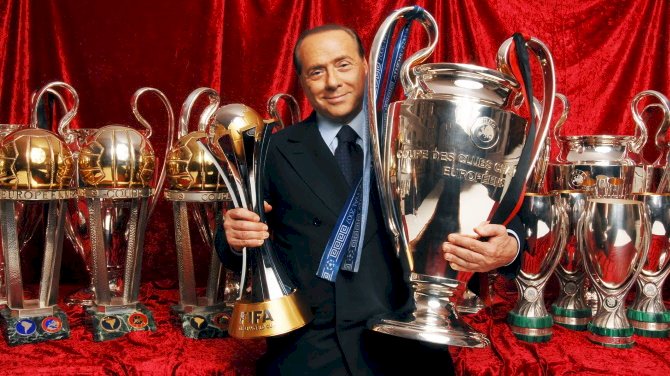 The 83-year-old former Italy prime minister was president of the Rossonerri when they last won the league title in 2011.

Seven-time European champions AC Milan, have however lost their way in the upper echelons of Italian and continental football in recent seasons.

They have not won the Serie A for eight seasons now, while they have not played in the UEFA Champions League since the 2013/2014 season.

Milan have already gone through a managerial reshuffle this season, replacing Marco Giampaolo with Stefano Pioli after just seven games and are in 13th position, ten points behind leaders Juventus.

Off the pitch, Milan are currently run by Elliott Management, who took control from the Chinese Consortium Berlusconi sold the club to in 2017, following a failed debt repayment.

“We inherited a club that risked going bankrupt and could’ve dropped into Serie B like Parma and Fiorentina," Milan chairman Ivan Gazidis said at new manager Pioli’s unveiling last week.

"We found debts that took us out of cup competitions. We’ve had to face difficulties, that’s undeniable. The road is a difficult one, but we have to be patient. We’ll still make mistakes, but we’re determined."

Berlusconi has reacted angrily to Gazidis’ comments and has asked to be given the club to run again.

"These are phrases someone should only say if he walks into the toilet and closes the door first," Berlusconi told TeleLombardia.

"As for how we get Milan back to being the great Milan of the past, that is simple, yet at the same time difficult to make happen: give the club back to Silvio Berlusconi."

Despite finishing fifth last season, AC Milan are not competing in this season’s Europa League after accepting a one-year ban from UEFA for breaching financial fair play rules.

On This Day In 2006: Cech,Cudicini Injuries Put Terry In Goal