Maurizio Sarri has revealed that he incurred the wrath of his mother by joining Juventus in the summer. 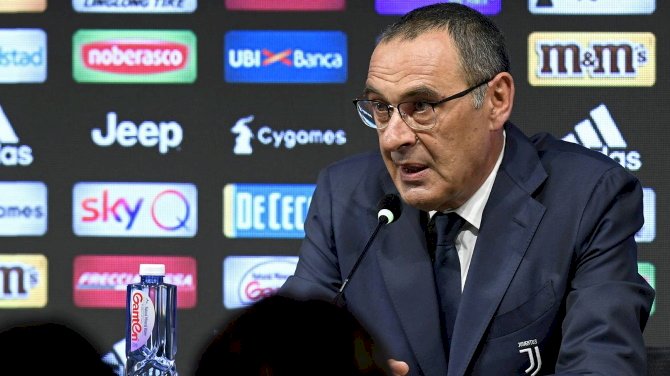 Sarri left Chelsea in England after just one season to join the Italian champions, who parted company with Massimiliano Allegri at the end of the 2018/2019 campaign.

Before Sarri’s England adventure he previously took charge of Napoli for three seasons, providing Juventus with the toughest opposition for the league title.

The 60-year-old’s family are based in the city of Florence, where Juventus will take on Fiorentina in the Italian Serie A on Saturday.

The game will be Sarri’s first in the Juventus dugout after he missed the side’s first two games of the season due to pneumonia.

Sarri revealed his mother is a Fiorentina fan and that explains why she was upset when he decided to join Juventus.

"She was not happy at all," Sarri said at a news conference regarding his mother’s reaction to the Juventus move.

Explaining the Fiorentina link he said: "My grandmother lived 500 metres from the stadium, so our family were all committed Viola fans, apart from me, as I supported Napoli.

“I have many memories of this stadium, but unfortunately the only one I can see right now is my most recent, as I lost a Scudetto here.

"I need to swiftly replace that with a positive memory.”

Juventus have started the season with two straight victories and another win against Fiorentina will brighten their chances of winning the Scudetto nine times on the spin.

Premier League Legends To Be Inducted Into ‘Hall Of Fame’

Scholes Advices Grealish To Leave Aston Villa For An Elite...