Richarlison has described his second goal in Brazil's 2-0 win over Serbia as the best of his career. 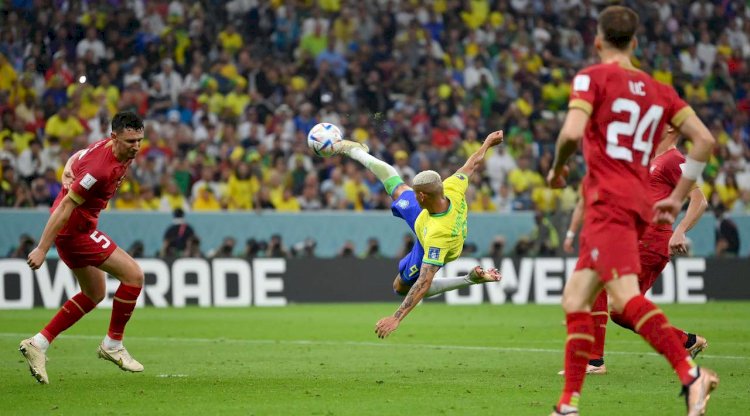 Tournament favourites Brazil got their World Cup campaign off to a flyer on Thursday thanks to Richarlison's two second half goals.

The South Americans were made to work hard for their victory following a goalless first half thanks to Richarlison's 62nd minute tap in and wonderful acrobatic effort ten minutes later.

The Tottenham Hotspur forward's second goal is already a contender for goal of the tournament.

Richarlison has now scored 19 goals in 39 caps for Brazil as well as 88 goals in his club career but he believes the latest could be described as his best ever.

"It was a beautiful goal," he told reporters. "Probably one of the nicest in all of my career.

"It's the World Cup, it was a tough match… it was one of the nicest goals I have ever scored."

Brazil manager Tite has however admitted that despite starting with Richarlison, picking a number nine for Brazil leaves him with a headache as he is spoilt for choice.

"I must tell you, I had six or seven names to call [as striker], and whoever I called, we would have had a great team," Tite said.

"Richarlison is fantastic, we see how he controls the ball… in the second half he created a lot of volume, he adjusted, he calmed down a little bit, he was more precise in his passes.

Sturridge Keen To Revive Career In The Premier League