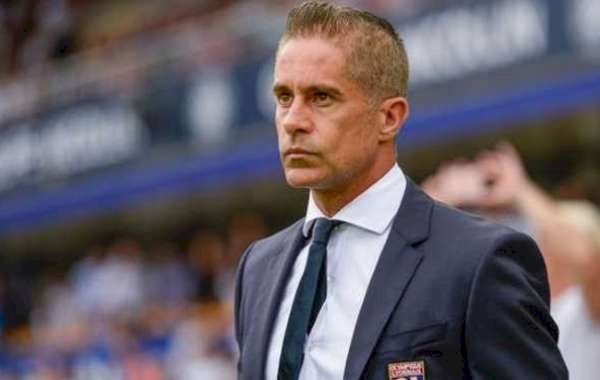 Sylvinho took charge of the Groupama Stadium outfit in May, replacing Bruno Genesio, but a string of poor results has forced club president Jean Michel-Aulas to act.

Sylvinho’s reign at Lyon begun in impressive fashion as they recorded 3-0 and 6-0 wins over AS Monaco and Angers respectively in their first two league games of the 2019/2020 season.

However, those victories remain a distant memory as they have failed to pick up maximum points in their subsequent games, drawing three and losing four to sit 14th in the table.

Sunday’s loss to rivals and fellow strugglers Saint Etienne was the result that broke the camel’s back, leaving Lyon outside the relegation zone only on goal difference.

Club president Jean-Michel Aulas was quoted by L'Equipe on Monday as saying: "We have rarely been in that situation. Juninho will have to think. We are not where we wanted to be, that's for sure."

Lyon have slightly fared better in the UEFA Champions League as they boast four points from two games.

Sylvinho’s assistant, Gerald Baticle, has been tasked with taking temporary charge and try to get the best out of exciting young talents like Moussa Dembele, Hassem Aouar and Memphis Depay.

Before taking the Olympique Lyon job, Sylvinho was assistant to Tite in the Brazilian national team, and he played for the likes of Barcelona, Arsenal and Manchester City during his playing career.

Lyon will host Dijon straight after the international break before travelling to Benfica in the Champions League.