Manchester United defender Victor Lindelof has admitted that he misses Jose Mourinho and is eager to see him back to football management. 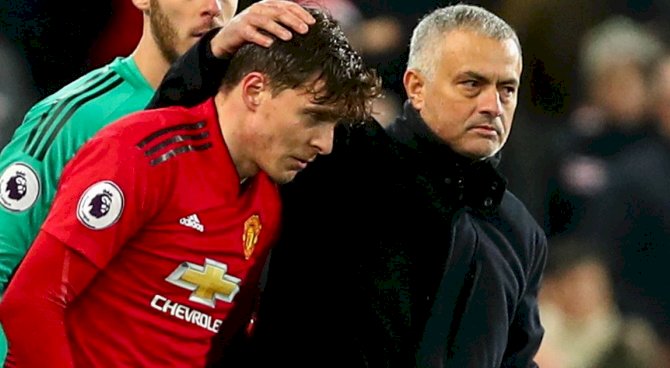 The Portuguese coach has been without a club since he was sacked by Manchester United in December last year after a poor start to the 2018-19 season, although he has turned down several offers.

Mourinho has recently been linked with high profile jobs including Real Madrid, Arsenal, Tottenham Hotspurs, and Bayern Munich, but the 56-year-old is currently working for Sky Sports as a football pundit.

Lindelof was recently criticized by Mourinho, a man he worked under, following his £31 million move from Benfica to the Red Devils in June 2017, but the Swede has revealed he still admires the former Inter Milan manager.

"He is, after all, one of the world’s best coaches and he is supposed to have a job at one of the biggest clubs. I miss him in football," Lindelof told Aftonbladet.

"He’s a great coach and a great person, whom I owe a great deal. It was he who gave me the chance here, who brought me into everything.

"I have all the respect in the world for him and appreciate everything he has said and done for me, from scolding to a hug.

"Even if I did not agree, at the time…he has very great charisma, you had great respect for him. He’s won everything. When he says something, you listen."

The former Vasteras SK defender is currently on international duty with the Sweden national team after helping Manchester United secure a 3-1 win against Brighton on Sunday.