Leeds United have announced that parents whose kids invade the Elland Road pitch on matchdays will be issued one-year bans. 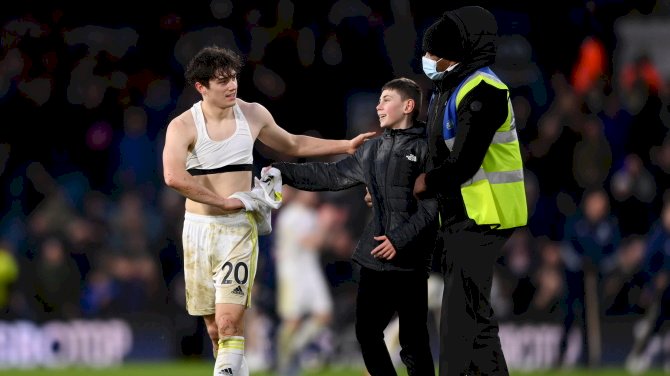 There has been a growing menace of kids invading the pitch to ask for jerseys at the end games as was evident in last week’s 3-1 win over Burnley.

The club is concerned about the recent trend especially at a time when coronavirus infection rates are growing exponentially.

A club statement read: “Leeds United would like to remind fans that encroachment on the pitch will not be permitted at any time and is a criminal offence.

“The pitch is part of the Red Zone for any matchday (along with the technical area, tunnel and dressing rooms) which is a policy that has been put in place to keep players, staff, and our supporters as safe as possible – therefore the club will be taking serious action against anyone entering the field of play.

“We will have a zero-tolerance approach to those invading the pitch and those putting players at risk, with football banning orders issued to any supporters identified. The recent trend with incidents have included young supporters being sent onto the pitch and this will not be tolerated whether it is before, during or after a game, in these cases the parents or guardians of the juniors in question will be given a one-year ban from matches.

“The support and atmosphere created at Elland Road by our fans is incredible, but it is the safety of everyone attending the matches that is the club’s priority at all times, and this includes players and officials.”

Mourinho and Wenger set to Face-Off at Champions League...