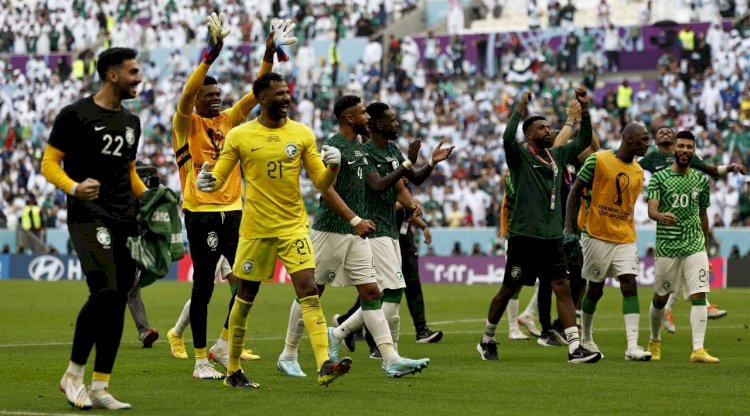 Saudi Arabia produced arguably the greatest shock in FIFA World Cup history when they came from behind at the Lusail Iconic Stadium to end Argentina's 36-game unbeaten run.

The Albiceleste took the lead thanks to a 10th minute penalty from Lionel Messi.

Argentina had three goals ruled out for offside before the conclusion of a dominant first half but Herve Renard's men rallied back after the break for a stunning turnaround.

Following the win, a national holiday has been declared to properly celebrate the win in Saudi Arabia.

A statement from the king read: “It is directed that tomorrow, Wednesday, be a holiday for all employees in all sectors of the state and the private sector, and male and female students in all educational stages.

“The directive came in agreement with what was proposed by his highness on the occasion of the Saudi national team’s victory over the Argentina national team in the World Cup.”