Bayer Leverkusen forward Kevin Volland has completed a €15m move to French Ligue 1 side AS Monaco. 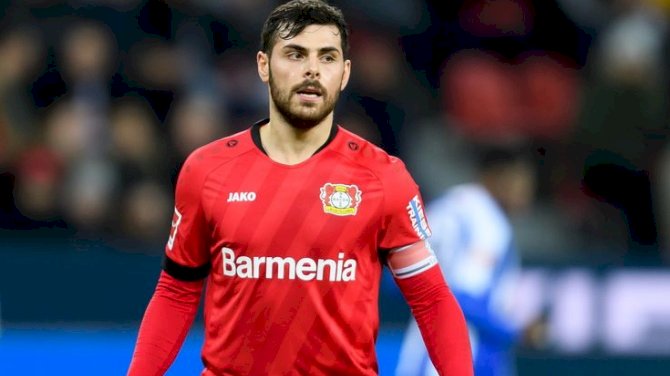 Volland has signed a four-year contract at the Stade Louis II, which brings to an end a four-year spell at the BayArena.

The 28-year-old Germany international joined Leverkusen from TSG Hoffenheim in the summer of 2016 and went on to make 148 appearances in all competitions, scoring 50 goals and providing 32 assists in that time.

Volland has reached double figures for goals in each of the last three Bundesliga seasons and his arrival at Monaco will help take some burden off Wissam Ben Yedder in attack.

Monaco lie third in the new Ligue 1 season, having recorded a win and a draw in their first two games.

Volland said: "I thank the leaders of Monaco for the trust shown. I am delighted to join this club with a great history and strong ambitions.

"I followed the first results of the team [in the Ligue 1 season]. I cannot wait to join the group and get to work to bring my qualities."

"Kevin showed great identification with Bayer 04 in recent years. His will and his dedication to the team and the club have always been exemplary," said Leverkusen sporting director Simon Rolfes.

"But when Kevin had this opportunity to go to an attractive club abroad, we grated his transfer request on the basis on an agreement that was satisfactory for all sides."

Volland could be followed out of the Leverkusen exit door by Kai Havertz, with Chelsea reportedly close to sealing a deal for the 21-year-old.