Former England and Liverpool defender Jamie Carragher has labeled Dortmund forward Jadon Sancho as one of the best young players in the world amid interest from Premier League clubs like Chelsea and Manchester United. 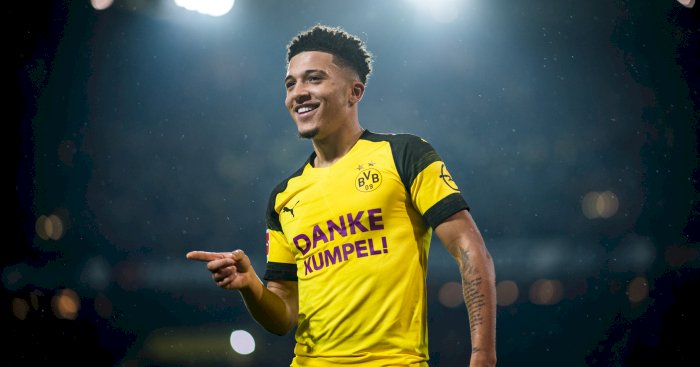 Sancho has been a revelation since he moved from Manchester City to the Signal Iduna in August 2017.

The 19-year-old scored 13 goals and provided 19 assists in 43 games in all competition last season, and has even bettered his numbers this season – 15 goals and 17 assists in 29 games for the Bundesliga outfit.

Sancho’s stupendous stats with Dortmund has given a red flag for some of the top clubs in Europe to go for his signature.

Carragher believes his compatriot is now in the bracket of the best young footballers in the world and insists an imminent move to the Premier League is a no-brainer.

"Sancho is one of the best young players at the moment in world football, especially when you look at his actual stats for Borussia Dortmund,” the 42-year-old said on Sky Sports Football Weekend Preview Podcast.

"He's an English player who I think will be desperate to come back, so I think he'll be the hottest thing everyone in the Premier League will be looking to bring in.”

"Will he be a hit? I think so. It's a no-brainer, look at how well he has played in a top league with a top club under pressure. He's playing week in, week out, his numbers are fantastic and his age is just perfect."

Eredivisie Likely To Be Cancelled After Government Decree...