Pep Guardiola insists he was not hired by Manchester City just to win the UEFA Champions League. 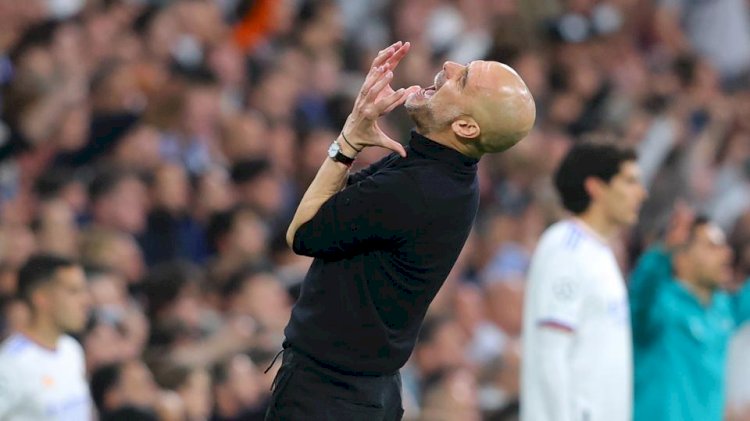 Wednesday's 3-1 defeat to Real Madrid which denied Manchester City passage to the final is the latest disappointment in Europe, which includes last season's final defeat to Chelsea.

Given the millions spent by the Citizens under the Spaniard, Guardiola is well aware of the expectations people have about his team.

"I don't know [if this team can win it]," he said when asked whether he can ever win the Champions League with Man City.

"It's a question I cannot answer. Before Madrid, I did not know if we were able to win it.

"I don't have an answer to all your questions. Football is incredibly unpredictable – we saw it.

"This is my feeling, maybe I'm wrong: Abu Dhabi didn't buy this club and invest in these incredible facilities, invest in players, like a lot of other clubs in the world, to be what we lived the last years.

"In the Champions League, we want to do it – maybe I'm not good enough, nobody knows what happens with another manager – but we want to be there as much as possible in all competitions. For us, it's an honour.

"There are people who I know didn't appreciate what this club is doing. Maybe it's not enough, but for me it's incredible, remarkable.

"Being in the semi-finals of the Champions League again, after last season, making steps to be there and compete against an outstanding team in this competition, the way we did it, home and away...

"We were close – not close enough, because the team who wins deserves it – but we were there. This is my feeling.

"We will try again next season; it will be difficult, because the teams are good. I know the people want to be in that way, I accept it from day one, I have to handle it, but it's not a problem for me.

"It's not about that; it's about in the Premier League again being there, in the FA Cup semi-finals again, in the Champions League semi-finals, this season it could not happen but even the Carabao Cup four times in a row.

"This is where the club want to be. That's why they ask me to come here, for that.

"People say if they this group of players or this manager doesn't win a title, they're failures. I accept it, but I completely disagree, completely. We know how difficult it is, but I accept it.

"I'm not going to make it a thing where I am right and you're wrong. You can do whatever, say whatever, but as a club, the feeling that we have, it's to try to do it.

"We are sad, of course we are sad – we were close. The players wanted to play the final. But for this club to compete with Real Madrid the way that we did was a joy.

"How close we were, wow, but we could not do it, okay. I say congratulations to Liverpool and Real Madrid; if they are in the final, they deserve to be in the final.

"And in the Premier League, the Carabao Cup next season, we want to go further than we were this season.

"Sometimes it's not possible. Sometimes you put in everything and you do not achieve it. What is the problem?

US Billionaire Todd Boehly Agrees £4.25b Purchase Of Chelsea