Guardiola Hails Ederson’s Passing Abilities As The Best Ever

Manchester City manager Pep Guardiola has hailed goalkeeper Ederson’s passing abilities as the best he has ever seen. 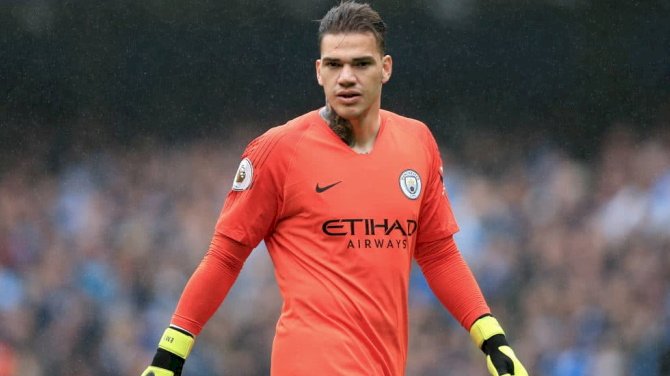 The Brazilian shot stopper got his name on the assist sheet with a wonderful long range pass for Ilkay Gundogan to finish off Tottenham Hotspur in Saturday’s 3-0 victory over Jose Mourinho’s side at the Etihad Stadium.

Guardiola has worked with some of the best goalkeepers in modern history who are comfortable with the ball at their feet including former Barcelona goalkeeper Victor Valdes, Manuel Neuer and Claudio Bravo but the City boss believes Ederson trumps them all in that aspect.

"With his feet, he is the best. The quality of the pass, I would say, is the best," Guardiola said.

"Manuel and Victor were incredible too but the quality of the pass is the best. I would not say who is the best [overall] because I had success in the past with incredible keepers in Victor, Manuel and Eddie.

"He has credit from the manager, backroom staff and players. He's outstanding and he knows it.

"But the players know – if you want credit and to be recognised, win games, win titles and you will get it.

"If you don't win games and titles, you will not get it. It's not more difficult than this."

Ederson joined Manchester City from Benfica in the summer of 2017 and has so far won two Premier League titles, three League Cups and one FA Cup.

Marco Rose To Be Appointed New Dortmund Manager In Summer