Gabriel Jesus' agent has confirmed that Arsenal are one of a number of clubs who have registered their interest in signing his client from Manchester City next season. 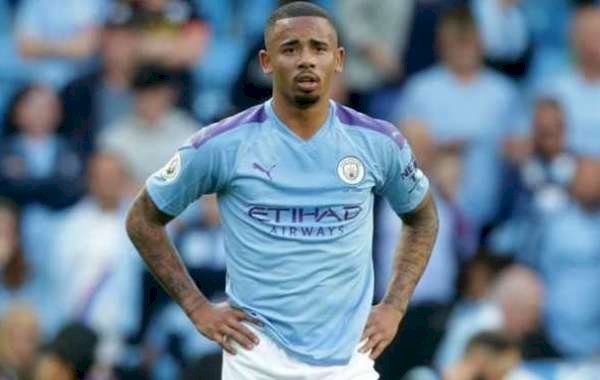 Jesus' already fragile spot in the Manchester City starting eleven has come under increased threat after the champions secured the signature of Borussia Dortmund striker Erling Haaland on a five-year contract.

Despite not being a regular starter, Jesus boasts an impressive strike rate with Man City, scoring 95 goals in 234 appearances across all competitions.

Jesus' contract at the Etihad Stadium expires in the summer of 2023 and Arsenal are looking to add him to their attacking ranks.

"There are six more clubs interested in Gabriel - he’s focused on the final games with Man City, we’ll see."

Asked about Arsenal's links to Jesus ahead of Thursday's North London Derby against Tottenham Hotspurs, Gunners manager Mikel Arteta remained coy, telling reporters: "You know that I don’t talk about any players that are not with us."

Victory over Spurs will see Arsenal return to the Champions League for the first time since the 2016/2017 season.

Dortmund Optimistic Of Keeping Sancho Beyond This Summer