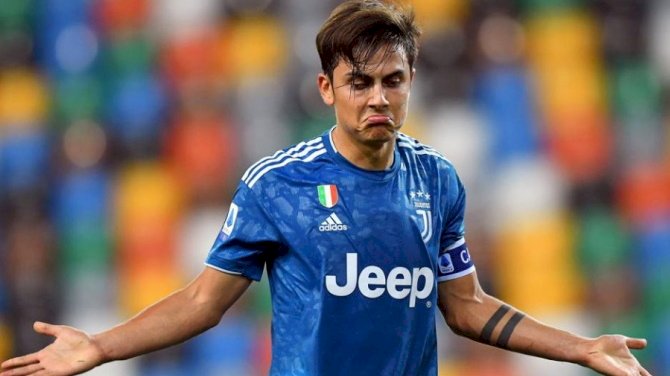 Dybala has had a slow start to the season, scoring just once in six appearances for the Old Lady.

He missed the start of the season through injury and has lasted the entire duration of a Serie A game just once from Juventus’ first seven top flight outings.

The 26-year-old Argentine was linked with a departure from Turin before the start of last season but remained at the club to help them win another Serie A title.

Having seen Dybala hone his talent at Palermo between 2012 and 2015, Zamparini is adamant his former player will be better served leaving behind Ronaldo, who has been Juventus’ man for the big occasion since arriving from Real Madrid in the summer of 2018.

"Besides being a champion, Paulo is also a very good guy. I can't understand why many people forget that,” Zamparini told Tuttosport.

"Paulo should have followed my advice from three years ago, which was to leave Turin. I told him clearly: 'Paulo, for your own good, you must leave Juventus.'

"He plays fantasy football that is more suited to Spanish teams like Barcelona or Real Madrid. But he has always told me he feels good at Juventus."

He added: "Paulo is a champion and not a deputy. At Juventus they have Cristiano Ronaldo, a true phenomenon, and Dybala must play against Ronaldo with another big team.

"Ronaldo is like [Zlatan] Ibrahimovic – very strong players with an incredible personality and crazy experience. They are two champions I would have liked to have had.

"With Cristiano at Juventus, however, I advise Paulo to become a number one choice elsewhere."

Conte Puts Inter On Alert Ahead Of Meeting With ‘Underestimated’...