Former Liverpool striker and two-time African Footballer of the Year, El Hadji Diouf, has implored Kylian Mbappe to leave Paris Saint Germain if he wants to win the Ballon d’or. 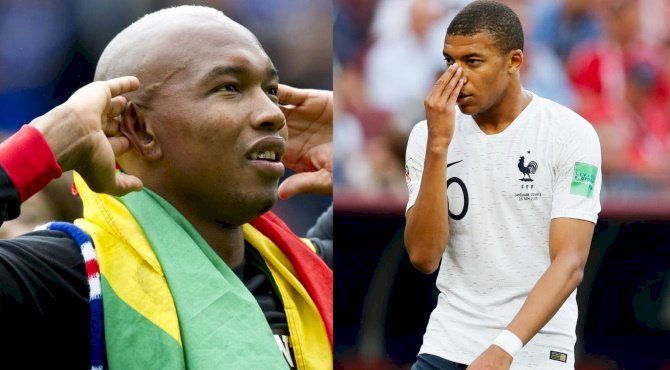 The 20-year-old has once again been named in the 30-man shortlist for this year’s prize but is likely to miss out to one of Virgil Van Dijk, Lionel Messi or Cristiano Ronaldo.

Mbappe broke Lionel Messi’s record to become the youngest player to reach 15 Champions League goals when he scored a hattrick against Club Brugge on Tuesday.

Despite Mbappe’s impressive feats, Diouf reckons countryman Sadio Mane, who won the Champions League with Liverpool last season would be more deserving of the Ballon d’or, and has tasked the Frenchman to leave for a higher profile league if he wants to win it.

"I think Sadio Mane had a better year than Kylian Mbappe," Diouf told Le Parisien. "He deserves the Ballon d'Or more from a personal and collective point of view.

"We cannot compare Ligue 1 and the Premier League. For me, it would be Messi, [Virgil] van Dijk and Mane, because of the league where they evolve.

"You know that to win the Ballon d'Or, you have to leave France.

"The only player who managed to win it by being in Ligue 1 is Jean-Pierre Papin. And he played in a Marseille team that reached the final of the Champions League [the 1990-91 European Cup].

"You can lose the final and win the Ballon d'Or, but you cannot if you are eliminated in the round of 16."

"He can win the Ballon d'Or at least five times, because he is so young and has talent," Diouf added. "But he has to go to an institution."

Mbappe has scored six goals in eight appearances for PSG this season.

Super Sub Batshuayi Wins It Late For Chelsea At Ajax

Pickford Under Investigation For Nightclub Fight