Bournemouth head coach Eddie Howe has encouraged his side to be more compact at the back following a 2-1 defeat against high-flying Sheffield United in the Premier League on Sunday. 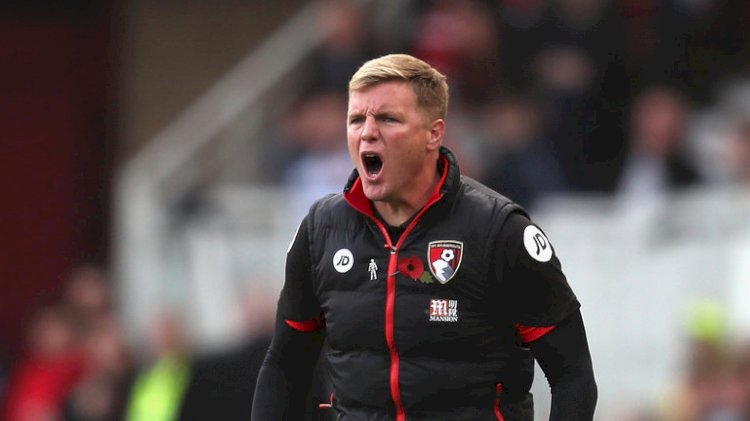 The Cherries took a deserved lead in the opening stages of the game through Callum Wilson, but Billy Sharp’s goal restored parity on the cusp of halftime.

John Lundstram came off the bench to score the winner for the Blades late in the second half, after exchanging passes with fellow substitute Lys Mousset.

Despite being disappointed with the result, Howe says his men did well against a good side and a loss of concentration during the game proved to be costly.

"For the first part of the game we were excellent. Sheffield United made it difficult,” the English tactician told reporters after Bournemouth’s loss at Bramall Lane.

“The two goals we conceded were hugely disappointing.”

"Maybe we lost concentration momentarily and it cost us the match. Generally I thought we did well. We had to battle and scrap but it wasn't to be.”

"In both halves we sat in and were good in our structures. When we get the lead in these types of games we need to defend better.”

"It takes all the polish off. There were a lot of good bits but not enough to get a result today and we needed it away from home."

After their winter break next week, Bournemouth entertain Sean Dyche’s Burnley at the Vitality Stadium