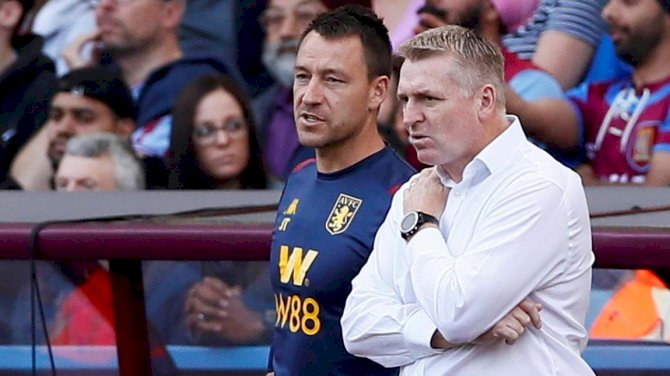 Terry has been Smith’s right hand man since retiring from football in 2018 and helped the Villains gain promotion from the Championship last year.

Villa’s return to the Premier League has been anything but plain sailing as they find themselves in the midst of a relegation battle with three games to go.

Bristol City are in the hunt for a new manager after the promotion hopefuls sacked manager Lee Johnson last week.

Terry’s name has been bundled around as one of the favourites to take over at the Ashton Gate Stadium but Smith maintains the former Chelsea captain in committed to his position at Villa Park.

"I have spoken to John and he is fully committed to our cause here at Aston Villa,” he told Sky Sports.

"I don't think we can look at the summer, we've got to look at now.

"They've got Dean Holden, a former coach of mine, in charge at the moment. He is working hard for his club and JT is certainly working very hard for me.

"We've got a very good relationship and we enjoy working together."

Villa gave their survival hopes a big push with a 2-0 win over Crystal Palace on Sunday. They now lie 18th on the table, four points adrift 17th placed Watford.