Bayern Munich’s hero in the 2020 UEFA Champions League final, Kingsley Coman, has extended his contract at the club until the summer of 2027. 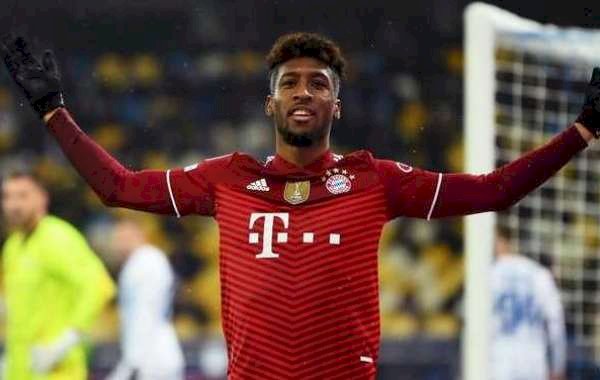 The Frenchman’s previous deal would have expired in the summer of 2023.

Coman initially joined Bayern Munich on a two-year loan deal from Juventus in the summer of 2015 before making the move permanent.

Coman has won six Bundesliga titles, three DFB-Pokals, the FIFA Club World Cup and UEFA Super Cup in his time at the club but he wrote his name in Bavaria folklore when he struck the only goal of the game in 2019/2020 Champions League final against boyhood club Paris Saint Germain.

Speaking about his extension, Coman told Bayern's official website: "I'm very happy because FC Bayern are one of the best clubs in the world and I know we still have a lot of opportunities and big goals here.

"I've been at the club since 2015 - it feels like a big family. Everything is perfect here.

"My best years as a footballer are still ahead of me, and I'm glad I'll be spending them at FC Bayern.

"My biggest goal is to win the Champions League again - and this time, please, together with our fans."

Bayern CEO Oliver Kahn added: "Players with Kingsley Coman's ability are wanted by clubs all around the world.

"This contract extension is another example of how attractive our club is at the highest level internationally.

"We're pleased that Kingsley has extended with us long-term: when he's on the ball, the fans get excited. People come to the stadium to see such players."

Coman has made 17 appearances this season, scoring five goals.