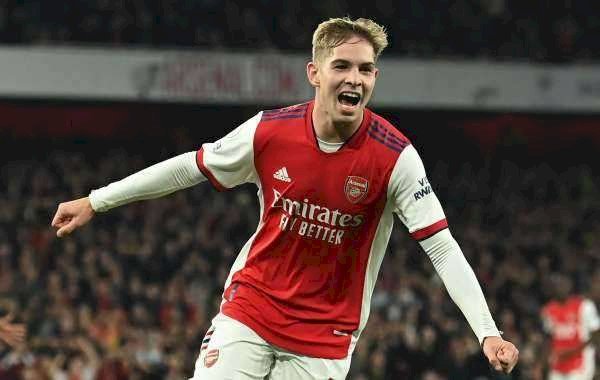 Smith-Rowe has been dogged by injury problems this season, restricting him to just four substitute appearances thus far as Arteta continues to tread with caution.

But Smith-Rowe has been laid low once again, ruling him out of Sunday's game against Brentford while Gareth Southgate has omitted him from his latest England squad.

Smith-Rowe came into his own last season, scoring 10 goals in 33 league games and Arteta has been left frustrated by the little distractions in his playmaker's career.

Speaking about Smith Rowe's struggles to stay fit, Arteta said: "I’m concerned about the fact that we don’t have him available and when he’s been trying to train he’s not been feeling 100% or pain free.

"This is the main concern. We have to find a solution to that and we are trying to do so."

Asked how Smith Rowe is finding the situation, Arteta added: "Very frustrating. He’s a kid who loves playing football and it’s the biggest thing in his life and when you are not capable of doing that, especially after the run of games and performances he had with us the year before, it’s difficult.

"But injuries are part of football. You are going to get them at this stage of your career. It’s how you are going to face up to these difficult moments and then how you a re going to make the next step. You have to go through that.

"It’s our responsibility to manage him in the best possible way, to surround him with the right habits as well, with the right people around him to support everything that he needs to play at this level consistently."

Richarlison Attributes Everton Departure To A 'Lack Of Ambition'

Guardiola Insists Title Race Not Over Despite Going Eight...