Mikel Arteta feels Arsenal deserved to win after they lost their unbeaten start to the season with a 3-1 defeat to Manchester United at Old Trafford on Sunday. 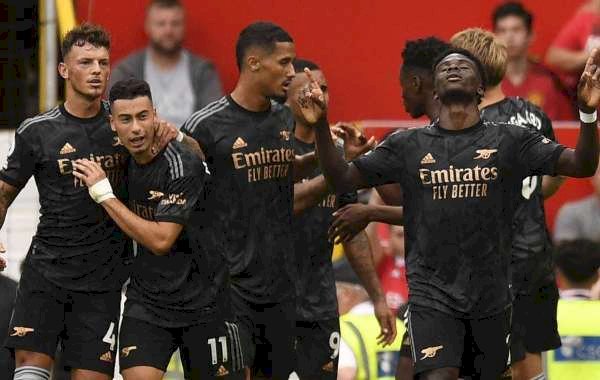 The Gunners felt hard done by when Gabriel Martinelli had a 12th minute goal ruled out by VAR for a foul on Christian Eriksen in the build up.

Debutant Antony then gave the hosts the lead in the 35th minute and although Bukayo Saka eaualised for the visitors after 60 minutes, Marcus Rashford scored two more for Erik Ten Hag's side to snap Arsenal's five-game winning streak.

"I am really disappointed to lose the game especially with the way it went over the 95 minutes," Arteta told Sky Sports.

"We had some big periods where we were totally dominant and in total control. We created chance after chance but did not close the game.

"In any moment, when they have open spaces, they are going to hurt you.

"They had three big chances and scored three goals; we have numerous chances and we didn't score enough. We had a period in the first 18 minutes when we struggled and did not control the game but after that it was all us.

"We lose the ball in a really difficult place and play a ball in an area we don't have to and one pass and they are through.

Arsenal will look to return to winning ways when they host Everton this weekend.

Barcelona Outcast Umtiti Has No Intention Of Leaving