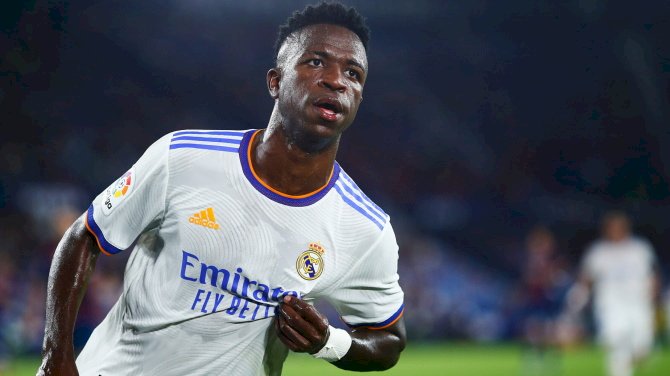 Vinicius was a surprising omission when Tite announced his selection in the course of last week with Barcelona forward Philippe Coutinho getting the nod ahead of the Real Madrid star.

Vinicius is enjoying his best form since moving to Real Madrid from Flamengo in the summer of 2018.

The 21-year-old has scored nine goals in 14 games across all competitions for Los Blancos this season. He scored both goals as Real Madrid returned to the top of La Liga with a 2-1 win over Elche on Saturday.

Ancelotti will however not be drawn into a war of words with Tite, instead praising Vinicius for his improved performances this campaign.

"I haven't done anything but play him and give him the confidence that he obviously deserves because he's playing very well and scoring goals," Ancelotti said after the game.

"As I've said many times, I'm not a magician. I try to do my best and give the maximum confidence to all the players. The Brazil issue is a friend's decision. A great friend. I've nothing to answer.

"He has confidence now. Everything is going well for him. He's also getting used to playing a bit more inside because he has the speed to do it. It's one thing to play one-against-one on the wing and another to do it in the middle of the box. I believe that, little by little, he's learning and doing very well."

Tuchel Not Getting Carried Away By Title Rivals' Slip Ups

Solskjaer To Get Rid Of Under-Performing Centre-Backs If...