Adama Traore Doesn’t Do Any Gym On His Arms, Wolves Captain Reveals

He might possess one of the most intriguing physiques in world football but Adama Traore does not even work on his upper-body, according to Wolverhampton Wanderers teammate Connor Coady. 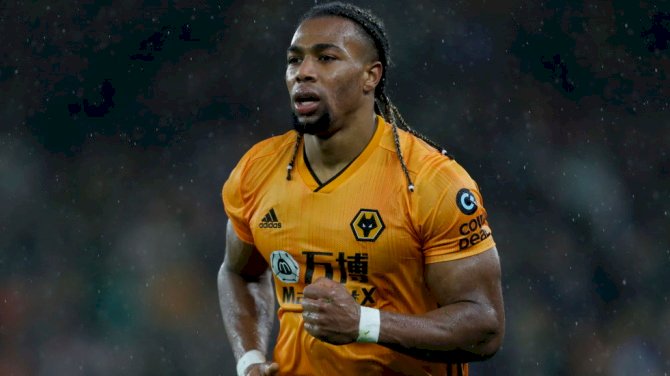 At first glance Traore does come across as your average footballer; he could be mistaken for a bodybuilder or even a heavyweight boxer.

Traore has been one Wolves’ best performers this season and has attracted attention from some of Europe’s biggest clubs.

The 24-year-old former Spain youth international is enjoying his best season to date, with 43 appearances and six goals to show for his performances.

Coady has revealed that Traore focuses most of his efforts on his lower body, with less emphasis on his arms.

"He could've played NFL; he got offered when he was younger," the Wolves skipper told Sky Sports.

"He doesn't do any gym on his arms or his upper body. It's all power work on his legs to make him more powerful and explosive. He's rapid, he's some player.

"It's credit to him, and how proud he can be of himself. He's been fantastic for the team. You can see in his end product and the way he tracks back and defends properly and listens to the manager's ideas and takes it on board.

"It's credit to how hard he works. He's one of the most hard-working players I've seen and it's brilliant to have him at the club."

Traore was born in Spain to Malian parents and came through Barcelona’s famed La Masia academy.

He has represented Spain at youth level but can still play for Mali as he is yet to be capped at senior level for La Roja.

Arteta Talks Aubameyang Ahead Of Reunion With Chelsea Forward