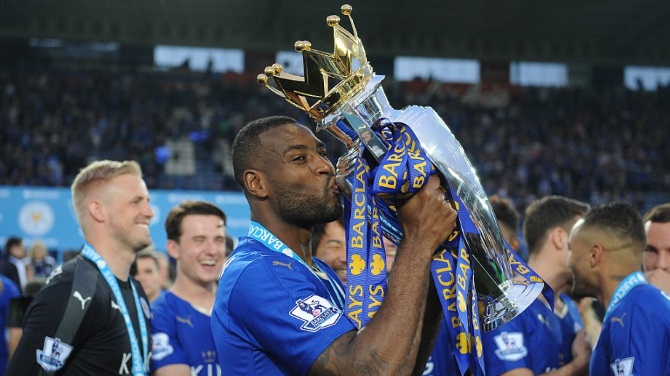 The 35-year-old’s contract was set to expire at the end of this season but his new deal will take him to the conclusion of the 2019/2020 season.

The former Jamaica international joined Leicester City from Nottingham Forest in 2012 and has gone on to make 292 appearances for the Foxes, scoring 13 goals.

“The 35-year-old, who made his 700th appearance in club football against Burnley on Saturday, has been an assured presence for the Foxes this season and will now continue his Leicester City journey into a ninth campaign.”

Morgan played every minute as Leicester City defied all odds to win the English Premier League in the 2015/2016 season after which he was named in the PFA Team of the Year.

"It means a lot to me. We've been through so many ups and downs together as a Football Club, and I've been right at the heart of it from the very beginning, so to extend my time here means very much to me and I'm very happy," Morgan told the club's website.

"I can see a very, very bright future for Leicester City. We've got a lot of young players who have so much potential and even the current players we've got, we've got so much experience, we've been through it all and we can help the younger players to achieve their full potential.

"It's all about not being individuals, it's all about everyone collectively chipping in, doing their part, to help the greater cause, which is making Leicester City successful."

Morgan has made 19 Premier League appearances for Leicester this season and has scored two goals, including the winner in Saturday’s 2-1 win away to Burnley.