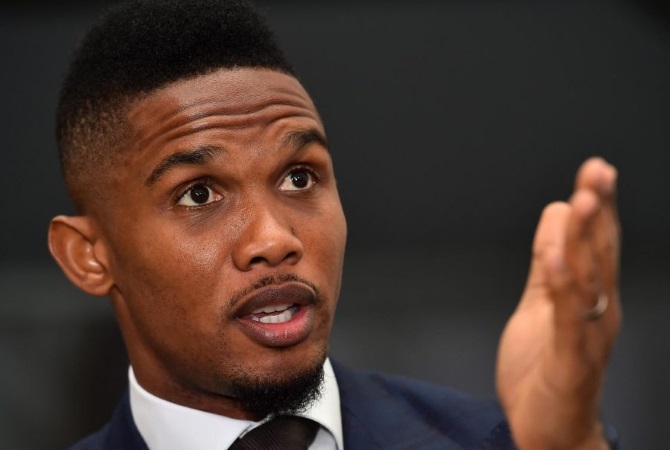 Former Barcelona striker Samuel Eto’o has furiously laid into his former manager Pep Guardiola for treating him badly during their time together at the Spanish champions.

Eto’o and Guardiola’s paths crossed in the Cameroonian’s final season at the club when the Spanish trainer was appointed manager of Barcelona after Frank Rijkaard’s exit.

Despite the former Real Madrid striker scoring an impressive 36 goals in 52 games under Guardiola in a record-breaking season where Barcelona won La Liga, Champions League and Copa del Rey, Eto’o was offloaded at the end of the season to Inter Milan in a player-plus-cash deal involving Zlatan Ibrahimovic.

Eto’o believes he was unfairly forced out of the club despite being the main man in order to accommodate an emerging Lionel Messi, and has demanded an apology from Guardiola.

"Pep has lived his whole life in Barcelona, but in the years I spent in Barça, he didn't understand the team,” Eto’o told beIN SPORTS. “He didn't live the life of our team.

“I said to Guardiola, ‘You'll apologise to me, because it's me that will make Barça win, not Messi’.

“It was a situation back then.

“Messi would come later but you can ask Xavi, Andres Iniesta and all the others – that was my era.

“It was me that made Barça win, and Guardiola would ask me for forgiveness.”

Eto’o, 38, a four-time African footballer of the year, currently plays in Qatar for Qatar SC.

Guardiola: City Not Bothered By Spurs