Brighton Goalie Glad To See The Back Of Hazard 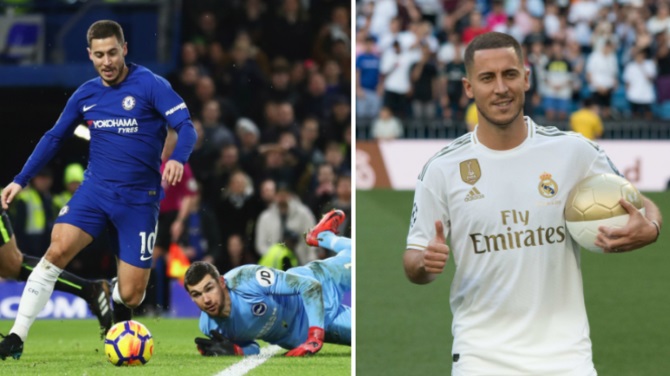 Brighton and Hove Albion goalkeeper, Mat Ryan, has joked he is glad he will not be facing Eden Hazard in the Premier League next season.

Hazard recently completed a dream move to Real Madrid after spending seven seasons in the Premier League with Chelsea, where he won two top flight titles, one FA Cup, one League Cup and two Europa Leagues.

Ever since Brighton gained promotion to the Premier League in 2017, they have faced Chelsea four times and have always ended up on the losing side.

Ryan has faced Hazard in all those games with the Belgian getting the better of him four times before departing for Spain.

Chelsea beat Brighton 2-1 at the Amex Stadium last season while Stamford Bridge’s encounter ended 3-0 for the hosts with Hazard scoring once on each occasion.

Mat Ryan, who is Australia’s number one goalkeeper, has heaved a sigh of relief following Hazard’s departure but is determined to prove himself the next time he comes up against the Belgium national team captain.

"I think from the four times I’ve faced him I haven’t saved a shot from him yet," Ryan told the Fox Football Podcast.

"It’s either been blocked, he’s hit the shot off target or he’s scored a goal.

"It’s a bit of an annoying fact so thank god he’s p*ssed off somewhere else. I put in a nice word to (Real Madrid) for him.

"I would love to have the opportunity to face him again and stop him - that’s my motivation."

Brighton survived relegation by the skin of their teeth last season but will be hoping to fare better in the next campaign after replacing manager Chris Hughton with Graham Potter.

Abraham Hoping To Use Chelsea Ban To Launch Career

Arjen Robben: Politics Forced Me Out Of Real Madrid

Bundesliga Given Green Light To Resume