Bruno Fernandes has concured with Manchester United fans chanting their own players are "not fit to wear the shirt" after Saturday's 4-0 demolition at Brighton and Hove Albion. 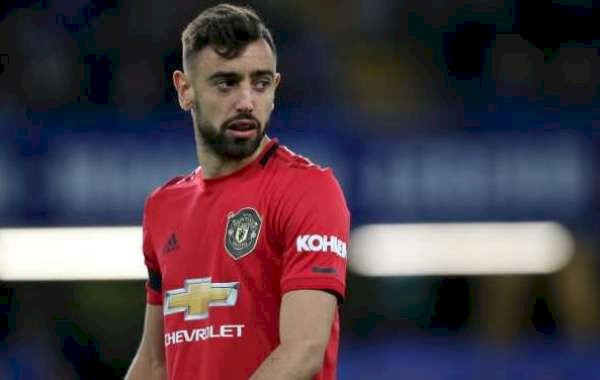 Manchester United suffered one of their biggest defeats of the season at the AMEX Stadium which ended their already fragile hopes of qualifying for next seaaon's UEFA Champions League.

The Red Devils have just one game left to play but their place in the Europa League is not even assured as they could drop down to the Conference League spot.

The United fans watched in horror as Brighton outplayed them for much of the game and could have won by an even bigger margin.

Chants of "You're not fit to wear the shirt" echoed from the away section as Manchester United supporters angrily expressed their displeasure towards the team's performance.

Outgoing interim manager Ralph Rangnick could not help but apologize for the display.

Fernandes, who captained the side, agreed with his own fans.

"The result is what it is. It is not good enough," Fernandes admitted to Sky Sports after the final whistle.

"They outplayed us. They always had a solution. Pressed us better and they deserved the result.

"A little bit of everything [went wrong]. Quality. Mentality. They deserved to win and we deserve to be in the position we are in now.

"It's something that we have to look and be embarrassed because that was not good enough from us and we have to do much better.

When asked about the fans' chant he stated: "I include myself in that. What we did today, what I did today, was not enough to be in a Man Utd shirt and I accept it."

Manchester United complete their season at Crystal Palace in a fortnight.

Moyes Cries For Reversal To Five-Substitutions In Premier...

Barcelona Announce The Signing Of Griezmann