Vinicius Junior says he feared he would miss the Qatar 2022 FIFA World Cup after being at the receiving end of some harsh tackles in La Liga this season. 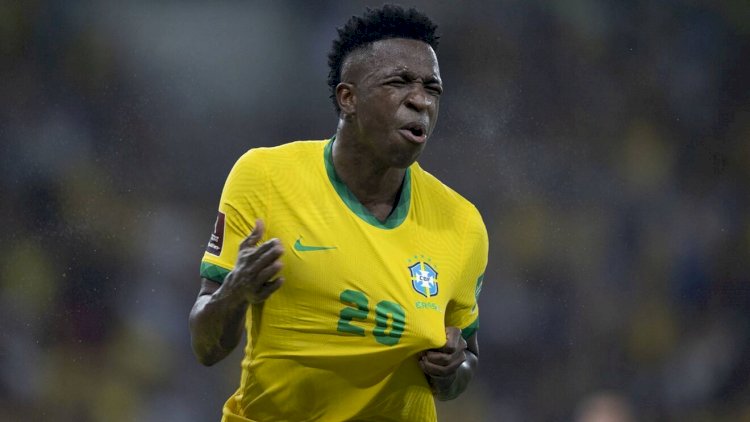 Vinicius has picked up from where he left off last season, scoring 10 goals and contributing four assists in 22 appearances for Real Madrid this season.

The 22-year-old has suffered numerous fouls from opponents, who are also not happy about his choice of dancing celebrations after finding the back of the net.

Numerous big names are set to miss Qatar 2022 with last-minute injuries, with the likes of Paul Pogba, N'golo Kante and most recently Sadio Mane are ruled out.

Vinicius, who will be competing in his first World Cup with Brazil, has admitted that at a point he felt he could also be a victim of the tournament's injury curse.

"You can come strong, but they were being dirty with their challenges. Rodrygo and I suffered a lot in those last games and feared the worst, to get injured and miss the World Cup.

"When you start to become an important player, rivals come after you harder. You have to learn to deal with that.

"But it was Karim [Benzema] who told me to stay calm and have peace of mind, because if the rivals are chasing you it is because you are relevant, because they are afraid of you.

"So that's why when I take the ball and burst forward, I do it with a vengeance. Yes, I can get hurt. But I'm prepared for the challenge."

Vieira Calls For AFCON To Be Given More Respect

Ibrahimovic Ruled Out Of AC Milan’s Trip To Liverpool