Paris Saint Germain’s Italian midfielder Marco Verratti has opined that the club must not keep Neymar against his wishes. 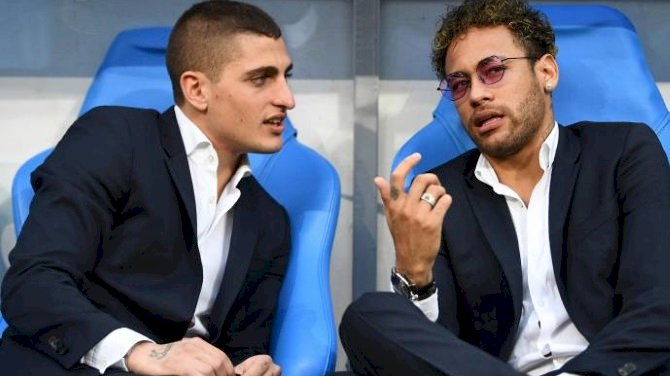 Verratti in a conversation with Neymar

Neymar’s time in the French capital since joining from Barcelona for a world-record fee two years ago has not exactly gone according to the script.

Neymar was supposed to be the missing piece of the puzzle when he joined the French champions in their quest to make a meaningful impact in Europe but injuries have robbed him off that chance.

The 27-year-old has missed the most crucial part of his two seasons in Paris due to ankle injuries while his desire to rejoin Barcelona is an open secret.

Neymar, who missed Brazil’s Copa America triumph on home soil recently, reported late for pre-season training, irking the PSG hierarchy in the process, as he continues to push for his way out of the French capital.

While Verratti is desperate to see Neymar remain at the club, the former Pescara midfielder will be glad to see the French champions cash in on the Brazilian if he insists on leaving.

"When a player really wants to leave, the club must let him go, according to the conditions set by the club, of course," the Italy midfielder told RMC Sport.

"But you must not keep a player who wants to leave. Of course, I would be disappointed to see him go.

"I never heard him say that he wanted to leave, after I don't know what he told the club. But personally, of course, I prefer to see him stay."

Harvey Barnes Out For Season After Suffering Injury Setback