Ecuador defeated host nation Qatar 2-0 in the opening game of the 2022 FIFA World Cup on Sunday. 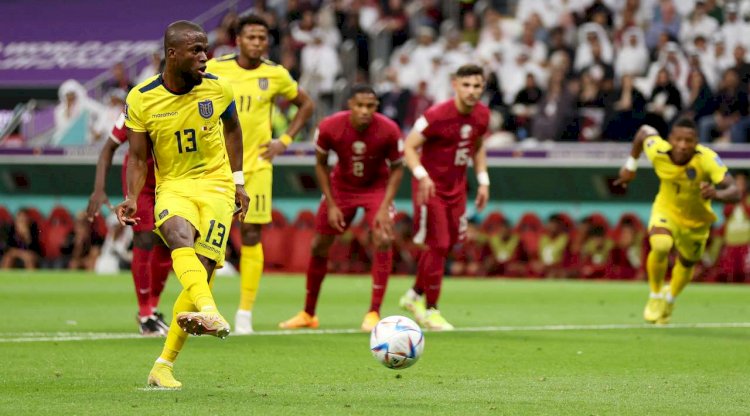 After a glitzy opening ceremony at the Al Bayt Stadium, Enner Valencia took centre stage with a first half brace which Qatar failed to recover from.

Former Everton and West Ham United striker Valencia, who now plays for Fenerbahce in Turkey, first had a third minute header ruled out for offside by the Video Assistant Referee.

But the 33-year-old did not have to wait too long for his moment of redemption as he neatly tucked away a penalty in the 16th minute after a foul from Qatar goalkeeper Saad Al Sheeb.

Just after the half hour mark, Valencia again headed in Angelo Preciado's cross to hand the South Americans a commanding lead.

Qatar failed to assert themselves in the first half in what was their first ever game at a World Cup finals.

The hosts slightly improved in the second period but a dipping effort which sailed just over the bar late on from substitute Mohammed Muntari was the closest they could come to mustering a response.

Qatar thus become the first host nation to lose their opening game of the tournament.

Qatar will next play Senegal while Ecuador will look to book their place in the next stage of the competition when they take on Netherlands.

France Opt Against Calling Up Replacement For Injured Benzema