Atletico Madrid right back Kieran Trippier plans to return to Burnley once his sojourn in Spain comes to a close. 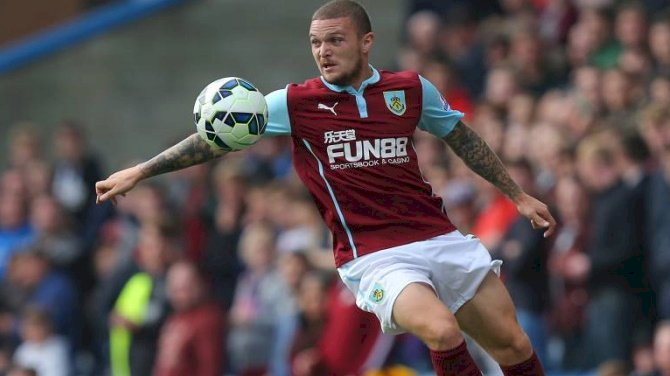 Trippier moved to the Wanda Metropolitano stadium in a £20m from Tottenham Hotspur, where he played for four seasons, at the start of the 2019/2020 campaign.

The 29-year-old has impressed in his short time in Spain so far, making 26 appearances across all competitions for the Rojiblancos.

Trippier’s professional career really took off at Burnley, where he starred for four years under the tutelage of Sean Dyche between 2011 and 2015.

The England international has not forgotten his roots and has revealed that he will only return to England for a second stint with the Clarets.

“I would love to retire there. That’s my aim, to retire at Burnley. I have a great relationship with Sean Dyche,” Trippier said in an interview with Burnley Express.

“I want to play as high as I can for as long as I can, but I’ll know when the time is right. If I’m at Atleti for another two years that’ll take me to 32 and Burnley’s the only club that I’d come back to England for.

“That’s the way I want it to plan out. I want to play here for as long as I can and then finish playing for a manager like Sean Dyche while ending my career at Burnley. That’s where I want to finish.

“I’ve spoken to him a couple of times a week ever since I left Burnley, I always have done. We have a great relationship.

“We’re in contact all the time about family, football, he still mithers me about taking me back one day! It’ll happen one day for sure, I’ll 100% be back playing for them.

“After that I’d start my coaching badges and I’d love to coach at Burnley. I’d just love to go wherever Sean Dyche goes because I have a great relationship with him.”

Trippier recently helped Atletico Madrid eliminate Liverpool from the Champions League but they will have to wait a while to know their quarterfinal opponents due to the Coronavirus outbreak.