Former Chelsea and Ivory Coast striker Didier Drogba has announced he has separated from his wife Lalla Diakate after ten years of marriage. 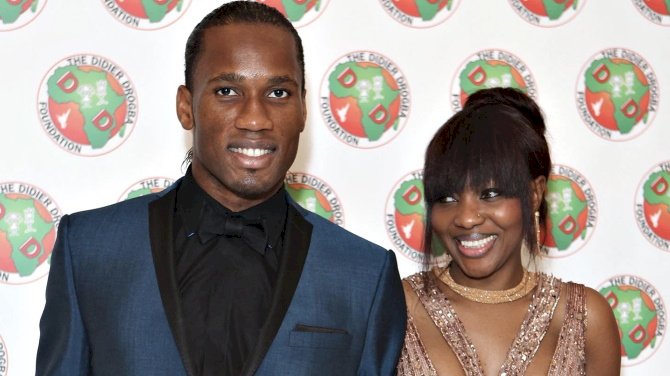 A recent leaked video on social media which showed Drogba cuddling in bed with another woman seems to have sparked the separation.

The couple have been together since the late 1990’s and got married in 2011. They have three children together from their period of marriage.

Confirming that he had split with Lalla, Drogba wrote on Instagram: “I'm not in the habit of discussing my private life.

“But, because of speculation in the media today, I can confirm that sadly, after 20 years together, Lalla and I took the difficult decision to separate last year.

“We remain very close, and our main priorities have been to protect our children and our family's private life.

“May God bless you.”

The 42-year-old was the hero in the 2012 Champions League final, scoring a late equaliser and dispatching the decisive penalty kick in Chelsea’s triumph over Bayern Munich.

Drogba won 105 caps for the Ivory Coast national team and is his country’s all-time top scorer with 65 goals.

Rooney Retires From Football After Being Appointed Derby County Manager

Forlan Sacked As Manager Of Penarol