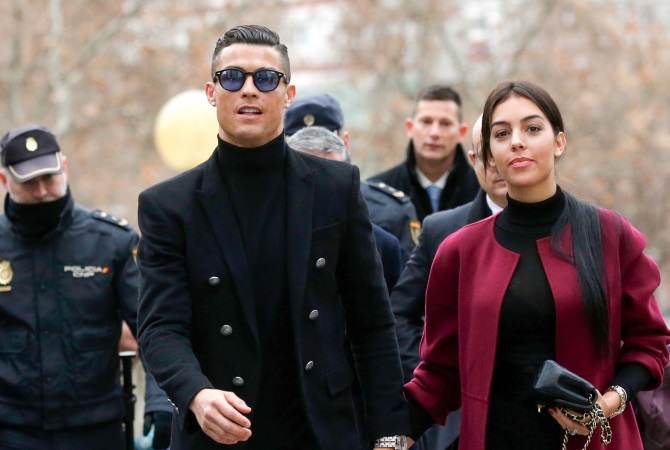 Cristiano Ronaldo has been fined for €18.8m for tax evasion with a 23-month sentence to be served on probation.

Ronaldo pleaded guilty to tax evasion charges at a Spanish court but asked for permission to settle the debt owed the country's tax authorities and also serve the nearly two-year sentence on probation.

The Spanish law permits first-time offenders to pay fines alongside an out-of-jail sentence, and Ronaldo was a beneficiary as the verdict has slapped him with both punitive measures.

The former Real Madrid striker was in court with his fiancé on Monday and appealed to be led inside through the backdoor but his request was rejected.

The Juventus ace was ushered in and out of the courtroom through the main door in front of onlookers and the media, before and after the trial that lasted for just 15 minutes.

Ronaldo was accused of tax fraud on four counts during his time with the Spanish giants, Real Madrid in 2017.

Prosecutors accused him of hiding millions in low-tax companies outside of Spain allegedly with the intention of avoiding tax payment from the generated income from the firms.

The five-time Ballon d'Or winner defaulted in payment as a result of which he was dragged to court again on Monday and slapped with another fine of the sum of €18.8m after his trial on Monday at the provincial court in Spain

Demba Ba Back In Turkey With Istanbul Basaksehir