Arsene Wenger has lauded the progress Arsenal are making under Mikel Arteta. 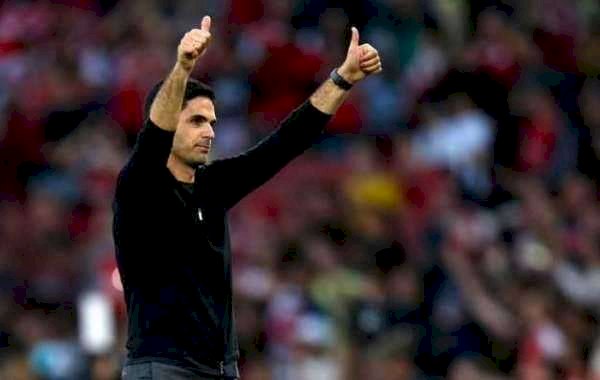 Heading into the first international break of the season, Arsenal sit top of the Premier League table with six wins from their first seven matches.

It is the third time Arsenal have started a Premier League season with as many wins in their opening seven games and the first since the 2007/2008 campaign when Wenger was in charge of the Gunners.

Arsenal were pipped to the final Champions League spot by Tottenham Hotspurs last season but a bright start to the current campaign has seen Wenger dreaming of a first Premier League title since 2004, which would mean a return to Champions League football for the first time since 2016/2017.

"I think they have a good chance this season, because I don't see any super dominating team," Wenger told Sky Sports.

"I believe that there's a good opportunity this season to do it, and of course, it's a bit of a special season as well because you have the World Cup in the middle.

"You don't know how much that will affect the performances of individual players in the teams, and overall, I believe there's a good opportunity there."

Arteta was appointed Arsenal boss in December 2019 with the task of restoring a club he captained during his playing career to former glories.

"Overall, I think he has done that well. After that, you need to create the belief and a sense of belonging, that you belong to something special, something bigger than you that you want to serve.

"On that front, I believe he has done well. I'm still in touch with them and overall, I believe they are going the right way.

"Arsenal is a special club, with special values. There's a good balance between tradition and forward-thinking, and overall I think they are doing that well again now."

Neymar Returns To France For PSG