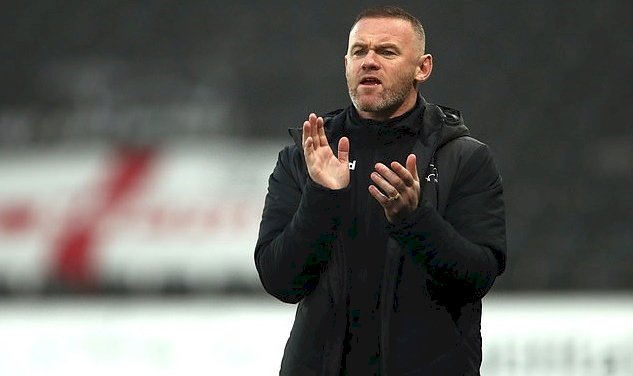 Ole Gunnar Solskjaer’s side reclaimed top spot with a 2-1 win away at Fulham on Wednesday after Manchester City had briefly usurped their city rivals by winning 2-0 at home to Aston Villa earlier in the day.

United’s win at Fulham was their 17th game away from home without defeat in the Premier League, ensuring that for the first time since Sir Alex Ferguson’s retirement in 2013, they lead the pack at the midway stage of the campaign.

Rooney believes the addition of Bruno Fernandes and Edinson Cavani to United’s ranks has made them title contenders and after eight long years the trophy could be making a return to Old Trafford.

"The last few years, Manchester United haven't been ready to challenge for the title, but now they've brought in players like Fernandes and Cavani - players with a winning mentality - that has helped massively," said Rooney ahead of this weekend's Sky Bet Championship match at QPR.

"And now the squad is challenging for a Premier League title. I said to the coaches in the office here six weeks ago that I thought Manchester United will win the League. I still feel that today.

"Paul Pogba will have a massive part to play in that. Those players that have been brought in with winning mentalities will relieve some of the pressure from Paul a bit, and he can now show his quality on the pitch."