PSG To Miss Mbappe In Champions League Quarterfinal With Atalanta

Kylian Mbappe has been ruled out of Paris Saint Germain’s UEFA Champions League quarterfinal clash with Atalanta on August 12 because on an ankle injury. 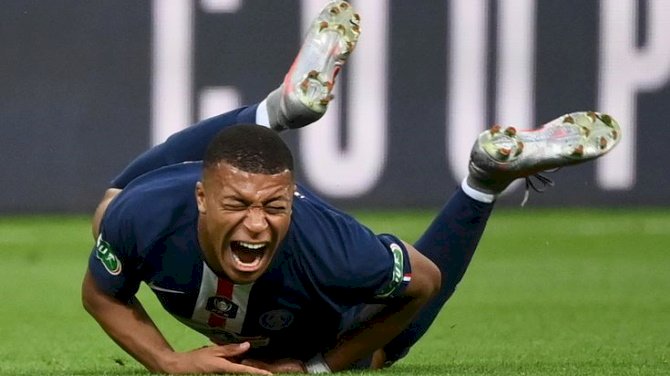 PSG won the game 1-0 courtesy Neymar’s 14th minute strike to claim another domestic trophy but Mbappe was substituted in the 31st minute and was later seen heading to the bench on crutches.

The prognosis for the 21-year-old’s injury came out on Monday and he has been sidelined for the next three weeks, meaning he will not be fit enough to face the Italians in the Lisbon showpiece.

A PSG statement on the club website said: "As announced after the final of the Coupe de France against Saint-Etienne, Kylian Mbappe was examined on Monday in order to know the severity of his right ankle injury.

"The examination performed today confirms a sprained ankle with external ligament injury. Following this, the recovery time is estimated at around three weeks."

Mbappe has scored 30 goals in 34 appearances across all competitions for PSG this season.

He will also be missing in action when Thomas Tuchel’s men take on Olympique Lyon in the Coupe de la Ligue final this weekend.

Mbappe’s unavailability will compound problems in attack for Tuchel, who has also seen Edinson Cavani leave the club following the expiration of his contract.