A seven-man shortlist has been announced for the Premier League’s Player of the month for December. 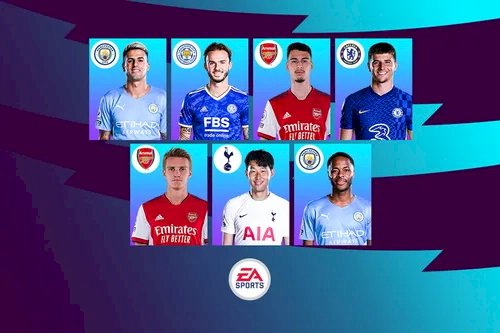 Cancelo has been nominated for a second consecutive month after scoring once and providing one assist while helping the league leaders keep three clean sheets in December.

Sterling hit a purple patch in December, scoring five times and providing one assist for Pep Guardiola’s side.

Son scored in four consecutive games in the last month of the year and also provided one assist for his teammates.

Martinelli was an ever-present in the Arsenal starting eleven in December and the Brazilian rewarded his manager by scoring three times and providing two assists.

Liverpool defender Trent Alexander-Arnold won the Player of the month for November.

Elsewhere, Mikel Arteta, Pep Guardiola, Antonio Conte and Jurgen Klopp have been nominated for manager of the month.

Chelsea back to winning ways with 3-0 win at Southamptom