Paris Saint Germain manager Thomas Tuchel has voiced his discontent at Kylian Mbappe for his angry reaction towards being substituted against Montpellier on Saturday. 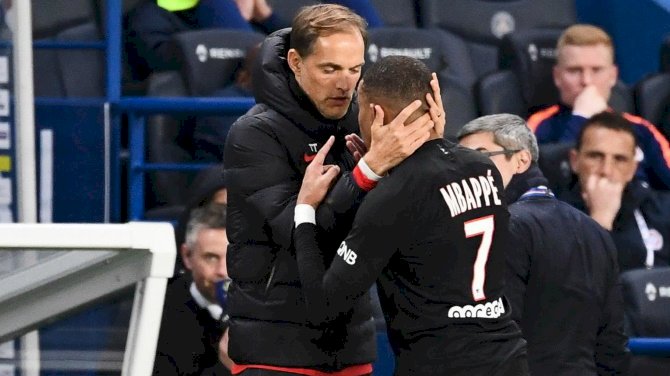 The French champions coaxed to a 5-0 win but the victory was overshadowed by Mbappe’s withdrawal 22 minutes to full time.

The 21-year-old scored PSG’s fourth goal of the day to take his Ligue 1 tally to 14 for the season but was livid with his manager’s decision to hook him off for Mauro Icardi, and remonstrated with him on the touchline before taking his place on the substitutes’ bench.

Tuchel was quick to assert his authority on the team after the game before the atmosphere around the club escalates into a toxic one.

"I'm the coach, someone has to decide who goes off and who comes on – it's me," Tuchel said during his post-match news conference.

"He is very intelligent, he knows what he is doing. He doesn't like going off, nobody likes going off.

"These are not good images, but we are not the only club that has to deal with this sort of thing. It's not good, because it opens up subjects that go against the team's state of mind. Too bad.

"I am not angry, but I am sad because it is not necessary. I explained to him why we did this, and it will stay that way. I will always decide the technical aspects. We don't play tennis, we play soccer and we have to respect everyone."

Sokratis Opens Up On ‘Difficult’ Arsenal Spell Ahead Of...