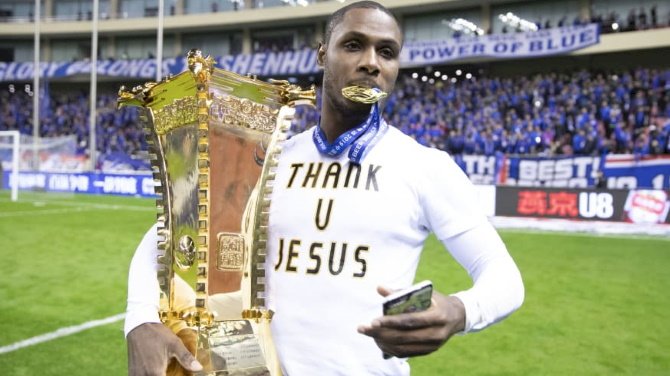 Ighalo joined the Red Devils from Chinese Super League side Shanghai Shenhua on loan until the end of the season.

The 2019 Africa Cup of Nations top scorer previously impressed in the Premier League with Watford, scoring 39 goals in 99 games for the Hornets.

He will be a welcome addition to a United side who have been robbed off the services of top scorer Marcus Rashford due to a back injury.

Ighalo is a known United fan and after touching down in Manchester from China on Sunday, the 30-year-old former Nigeria international striker is struggling to come to terms with the opportunity to finally represent the club he supported as a boy.

"It's a dream come true because since I was a kid I followed and dreamt of Manchester United," former Watford striker told Sky Sports News.

"But it is a reality now. I cannot say much more now until I get started."

"It's been crazy. Obviously, I am happy to be in Manchester first of all," he added.

"This is a great opportunity for me and I am grateful to God, and to my agent, and the coach who has given me this opportunity to be here.

"I am happy to be here and to work out with the team and finish very well this season. The plan is to just chill today because I travelled a very long way from Shanghai to Manchester. Today is to just rest and tomorrow we start to work."