Manchester City manager, Pep Guardiola has disclosed the club are not desperate to bring in new recruits in the transfer market. 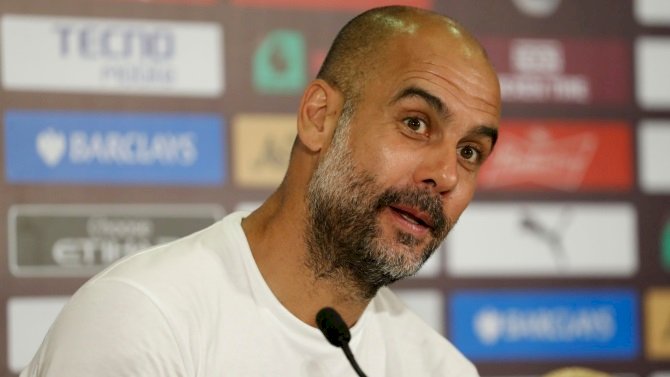 The Citizens have already signed two players into their first team, signing Angelino and Rodri from PSV and Atletico Madrid respectively.

The securing of Rodri from the Spanish giants broke the club’s transfer record fee of £60 million for Riyad Mahrez who was recruited last year, having signed the Spanish midfielder for £62.8 million.

Despite the departure of former captain, Vincent Kompany, Guardiola previously hinted he is at ease to enter into the upcoming season with the remaining three senior centre-backs, Nicolas Otamendi, John Stones and Aymeric Laporte.

When quizzed if the football fraternity should expect more additions to the squad, City boss replied;

"No, not many. I like the faces that we have.

"Maybe, but the transfer market is so difficult and the team is good enough. Maybe zero, maybe one, maybe one and a half [signings]."

Sane’s future with the Premier League champions is reported to be hanging in a balance as he has been linked with a move to German giants Bayern Munich, with the club’s manager Niko Kovac describing him as a "dream" player for his side.

And Guardiola who managed the side for three seasons disclosed his not affected with the Bavarians’ pursuit for the pacey winger.

"I love Bayern Munich. I appreciate them a lot, they gave me an incredible opportunity to work in Germany," Guardiola said.

"Football is what it is. Sometimes I say things the opposite side don't like."

Former Palermo President Advices Dybala To Step Out Of...