Cavani Is The Best Striker In Ligue 1, Says Jean-Pierre Papin

Former AC Milan and Marseille forward Jean-Pierre Papin said Paris Saint-Germain forward Edinson Cavani is the best striker in the French league despite being on the fringes. 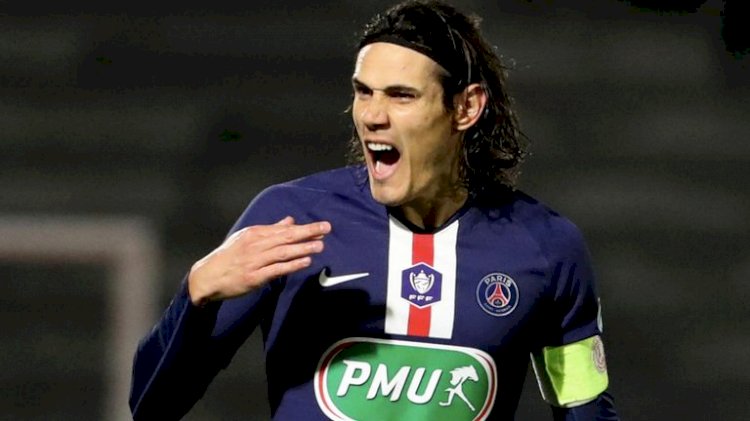 The Uruguayan was signed by Paris Saint-Germain in 2013 after playing three years for Serie A side Napoli.

Cavani’s contract with the Parisians is due to expire this summer and has been heavily linked with a move to Atletico Madrid and Chelsea in the ongoing winter transfer window.

Speaking with Ligue 1’s official website, Papin believes the 32-year-old should be playing more for the league leaders and leaving a player of Cavani’s standard on the bench is a waste.

“I really like Cavani, I think leaving him on the bench is a waste!” the 56-year-old said.

“For me the best out and out number nine in the league is Cavani!”

Papin also talked about in-form Olympique Lyonnais striker Moussa Dembele, who is having a wonderful season at the Groupama Stadium.

He added: “I’m a big fan. He’s a team player, he’s good in the air, and he runs in behind defenses.”

“He’s big and strong so can play with his back to the goal! I don’t think Lyon uses him as an out and out number nine enough!”

The former France striker concluded: “For decades, their football has been possession-based, using two wingers, but when you’ve got a number nine like Dembele, you want every attack to end at his feet!”

De Bruyne Given All-Clear To Join Belgium Squad For EURO...