The Burnley fan behind the controversial ‘White Lives Matter’ banner that flew over the Etihad Stadium in Monday’s Premier League game against Manchester City has been fired from his job at an engineering firm. 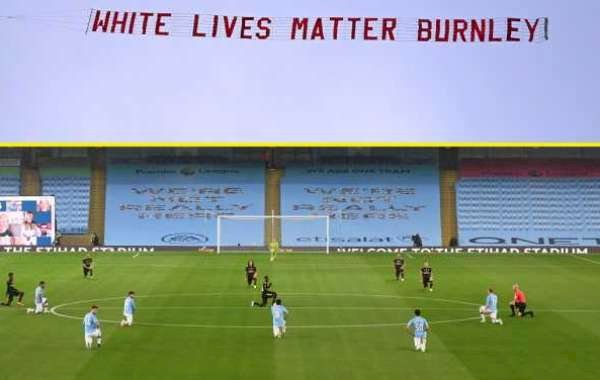 A plane carrying the message flew over the Etihad shortly after players and officials had taken a knee in support of the Black Lives Matter movement.

Protests have sprung up around different parts of the globe ever since African-American George Floyd died in police custody in Minneapolis last month as the Black Lives Matter movement have called for an end to racial injustice.

24-year-old Jack Hepple claimed responsibility for the stunt in a Facebook post and has since been handed a lifetime ban from Burnley, who disassociated itself from the incident.

Paradigm Precision, the engineering firm where Hepple worked has indicated a breach in company policy and have decided to part ways with him.

A spokesperson for the company told Sky News: "We have concluded our investigation into the conduct of one of our employees in relation to an incident at the Burnley vs Manchester City match, as well as other related matters.

"We have concluded that there has been a breach of the company's various policies and procedures. The individual no longer works for the company."

Police investigation into the incident however exonerated Hepple from any criminal charges.

Tottenham Lose At Home To West Ham In Ajax Rehearsal