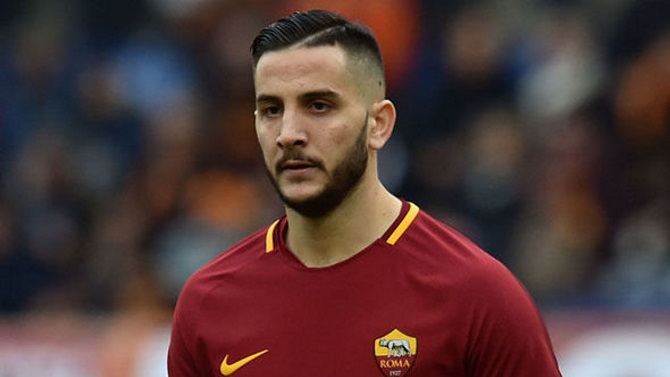 Napoli have officially completed the signing of Kostas Manolas from AS Roma.

Having activated his release clause, the Naples club are said to have signed the player for a fee of €34 million plus a €2 million signing-on fee.

After agreeing personal terms with the two-time Serie A champions, Manolas signed the paper work on Sunday as he will travel to Naples to complete his medical next week.

To make the move official, Roma released a transfer statement confirming the sale of the player in a deal worth €36 million, an amount written in his contract as a buyout clause.

The former Olympiacos defender signed a five-year contract which will earn him €4.5 million per season.

The 28-year-old's contract was due to be completed today so Roma could register his sale in the 2018/19 financial year.

Manolas’ twenty-seven appearances for Roma in the 2018/19 Serie A season yielded one goal and one assist including his one goal in seven Champions League games.

Roma recruited Manolas from Olympiacos in the summer of 2014 for €15 million.

The new Napoli defender featured 206 times in all competitions for Roma scoring eight goals for the side.

Setting sights on Serie A title for the first time in 29 years, Napoli, after signing Manolas are expected to secure the services of Colombia and Real Madrid midfielder James Rodriguez to garnish their squad.

Should James make a move to Napoli, he will enjoy a reunion with his former manager Carlo Ancelotti.

Javier Tebas: I Do Not Want Neymar's Return To The LaLiga